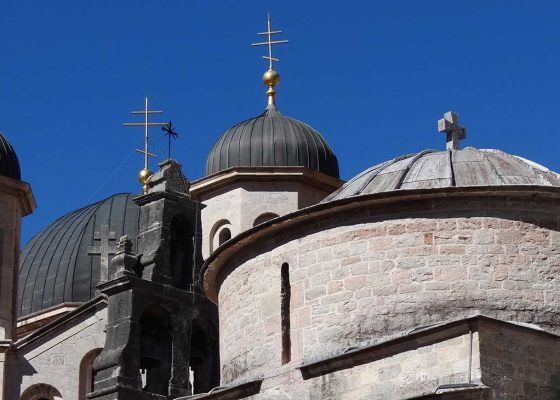 Events in Montenegro underscore how property rights, parental rights, and religious liberty go together. That nation’s socialist leadership passed a law allowing the government to seize religious property, declare a monopoly over the education of the youngest children, and limit parents’ ability to raise their children in their faith.

On December 27, 2019, despite popular opposition, the Parliament of Montenegro passed the law on “freedom of religion or beliefs and legal status of religious communities.” Before the members of the ruling Democratic Party of Socialists and their coalition partners voted on the law, 18 Members of Parliament – who belong to the opposition Democratic Front – were arrested. The law passed in the dead of night and without a proper dialogue with the largest and oldest church in the country, the Serbian Orthodox Church, nor with other religious communities. Furthermore, it passed without popular support. This law and the process by which it was adopted speaks volumes about the government of Montenegro and about socialism’s disregard for religious and parental rights.

Since 1991, Montenegro has been ruled by Milo Đukanović, the president of the Democratic Party of Socialists. Previously, Đukanović served four terms as prime minister.  President Đukanović is a former Communist, and his political party is the direct legal and ideological successor of the League of Communists of Montenegro. It could be said that Đukanović is the only Communist head of state who survived the fall of the Berlin Wall.

During this time, Đukanović has been accused of autocratic rule, corruption, censorship, discrimination against the Serbian national community, illicit trafficking of tobacco, and war crimes during the siege of Dubrovnik. Thanks to diplomatic immunity and the constant support of the West, which considers him as a loyal ally in the region, Đukanović has not faced legal repercussions.

In 2000, the Democratic Party of Socialists began agitating for the independence of Montenegro from the Federal Republic of Yugoslavia, a campaign led by Đukanović. Montenegro won independence in a 2006 referendum to separate from Serbia, its key historical ally. For almost 14 years, President Đukanović and his political party have been working on nation-building. A crucial aspect of that process is the creation of a new national church.

In June 2019, at the convention of the Democratic Party of Socialists, President Đukanović repeated his call for the creation of the Montenegrin Orthodox Church. During his speech, he emphasized the importance of this church in strengthening the Montenegrin national identity. Metropolitan Amfilohije of Montenegro and the Littoral, the head of the Serbian Orthodox Church in Montenegro, said that “this would be the first time in history that a declared atheist is creating a church.”

Yet Đukanović sees the Serbian Orthodox Church in Montenegro as the biggest obstacle to creating his own national church. So, for years, Đukanović has been accusing the Serbian Church of undermining the sovereignty of Montenegro.

Since the Montenegrin Orthodox Church lacks a living tradition, historical connection with the people, significant church buildings, and a large number of adherents, the government of Montenegro decided to assist it in acquiring some of these things. The Democratic Party of Socialists proposed and adopted a law that would weaken the Serbian Orthodox Church in Montenegro. Article 62 of the law could transfer its property to the newly minted church. Specifically, the law states that “religious buildings or lands used by any religious community in Montenegro – which were built by the state or financed by public revenues; or based on the joint investment of the citizens; or were owned by the state before December 1, 1918, without the proper evidence of ownership – shall constitute state property as the cultural heritage of Montenegro.”

Put simply, if a religious community cannot provide evidence of private ownership, the government of Montenegro has the right to assert state ownership over the property, confiscate it, and redistribute the property to the state-supported Montenegrin Orthodox Church.

This article opens the door for massive corruption and backroom deals. The state also covets land owned by the Serbian Orthodox Church for the development of the hospitality industry. It seems fitting that the government of Montenegro is trying to confiscate church property, considering that the regime has not yet returned church property the Communist regime nationalized in the 1940s.

Besides confiscation of ecclesiastical property, the new law establishes an extremely complicated and lengthy registration process for religious communities. The seat of the religious community registered in the territory of Montenegro must be resident in Montenegro. This would have a major impact on the Serbian Orthodox Church, which will have to obtain special status in Montenegro to continue its activities.

Last but not least, state authorities shall decide the proper name of a religious community. Politicians justified this under the guise of preventing confusion between churches. However, this provision could potentially strip the Serbian Orthodox Church of its name and transfer it to the leadership of the non-canonical Montenegrin Orthodox Church.

In addition to property rights and the registration process, the Democratic Party of Socialists, as the true successor of the Communist Party, decided in the new law to constrict religious education. Article 54 of the law prohibits religious communities from forming primary schools, creating an artificial state monopoly over the education of the youngest children. Articles 51 and 52 clearly limit parental rights to educate their children about their own religion. According to these two articles, parents do not have the right to teach their children over the age of 11 about religion without the children’s consent. Violators may be fined €2,000 ($2,200 U.S.). So, the socialist government wants to usurp parental rights over religious education until the children are 11, then transfer those rights directly to the children.

Along with opposition politicians, members of the Parliament, and citizens of Montenegro, the new law on “freedom of religion” has been criticized by all major Christian leaders, including Ecumenical Patriarch Bartholomew I, Pope Francis, Russian Patriarch Kirill, and the Metropolitan of All America and Canada Tikhon of the Orthodox Church in America (OCA), among others. Patriarch Bartholomew I wrote a letter in which he explicitly said that the Ecumenical Patriarch recognizes the canonical jurisdiction of the Serbian Orthodox Church over Montenegro. In a subsequent interview, he said that he would never recognize the Montenegrin Orthodox Church as canonical.

Since the Parliament of Montenegro adopted the controversial law, protests have spread across the country. Tensions have risen in Montenegro after protesters clashed with police. There have been multiple reports of violence.

The Serbian Orthodox Church is calling for a structural change. President Đukanović and the socialist government refuse to abandon their positions and the creation of the Montenegrin Orthodox Church. Parliamentary elections are due to be held no later than October 2020. Will the new “religious freedom” law have an impact on the election’s outcome? Will the ruling Democratic Party of Socialists finally become the party of opposition? Is this the beginning of the end of Đukanović’s regime? What is the future of Montenegro? All supporters of religious liberty should follow this closely – and draw the appropriate conclusions.